Last spring I was discussing the need of art that would really be a sunshade and shelter, in the front pasture of the property of Mary Jane and Bill Weyher in Springdale. There was plenty of free materials on hand, but especially 10 feet long split rail fencing. 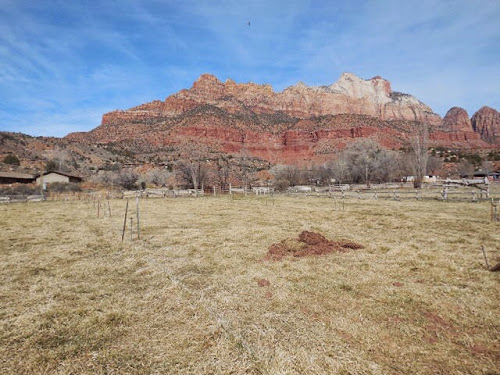 Experimenting with shapes and playing with planes I came up with a concept of turning the traditional fence on its side to create the shelter form, adding two wings either side with cut out 'cloud' shapes at the ends.
I love the way the form of the original fencing changes constantly with the time of day. Stark shadows can form and play against the weathered white wood, something like that I wanted to happen with the piece.
The project was put on hold, when in late May I then left Utah, for about 6 months, to participate in a clinical trial at Johns Hopkins in Baltimore, and living with my brother and family in Takoma Park MD, returning in mid November. Followed by a new regime of neuro physical therapy that I found out about in the East and I have since found it here in St. George. It is called ACTIVITY BASED RESTORATIVE THERAPY and it has transformed my mobility tremendously. (Talk, email or message me if you would like to know more about ABRT).
Last week, before the winter restarted, Bill and Steve, (my two hardy and dedicated assistants) and I experimented with the life size materials to figure out the dynamics and engineering of the piece to make it be freestanding, be strong and safe when rubbed by large stock animals... Cows and sheep, mainly. We rapidly realised the need for committing the project into the ground and figure out more stuff as we went along.
Day 1 was digging the trench.... 10 feet x 2 feet x 18 inches deep... Beautifully dug by Bill and his mighty backhoe. Nailing together 2 posts at a time at a right angle, then placing over a support pipe on ladders to get the height of the central V... (Allowing large animals through... And some human beings...) and dropping into the trench one leg to be buried for the foundation. With a post spacer between each to give space for the 2 wings. Steve and Bill work hard ... I must say I like having assistants... 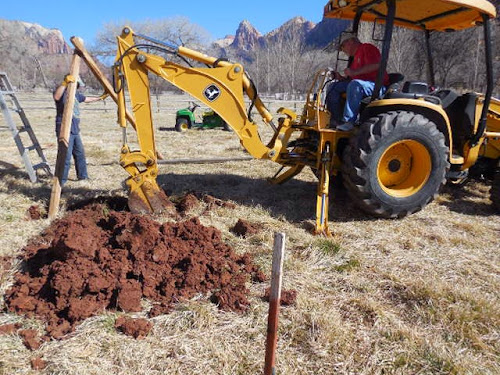 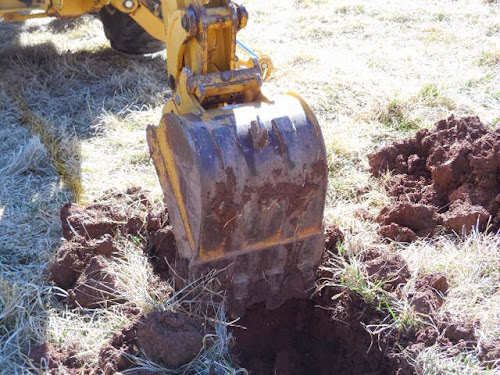 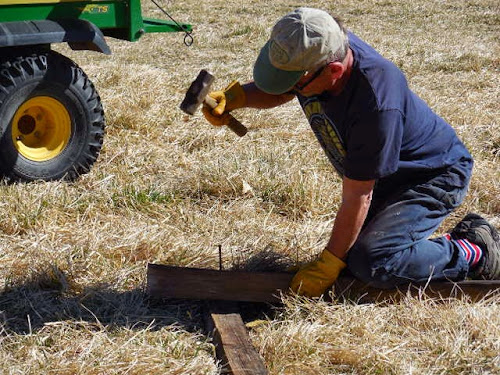 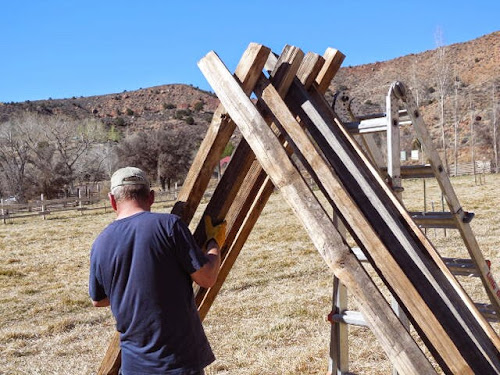 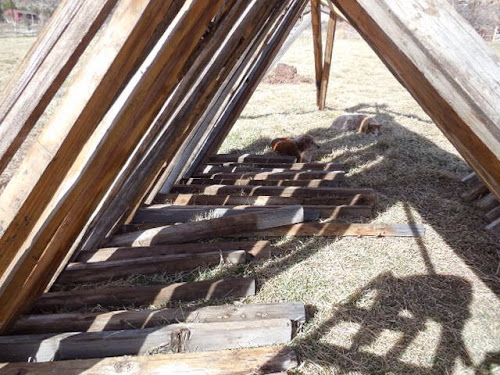 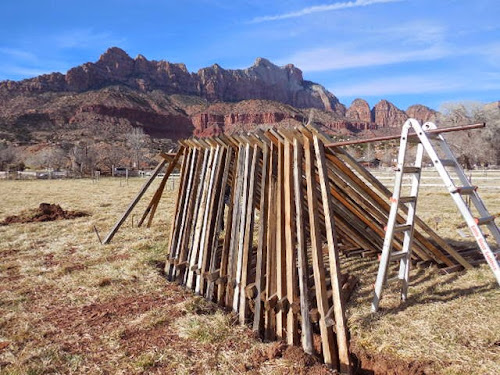 Day 2, a few days later, with more help from David Pettite and management from Eric Bonner, the wings were added.... The wings have been supported with a long metal strip, with the posts wired and screwed to that for support, along with tension wires strategically placed. We kept one large leaning post at the front to take the weight, and removed the pole and ladders, it stood! And we left it at that for the day... Almost self supporting... 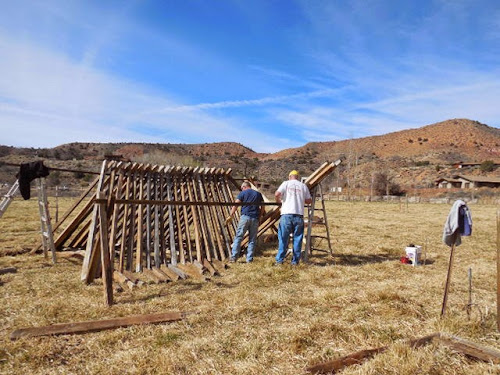 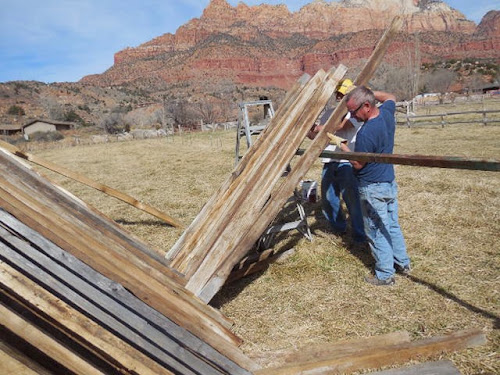 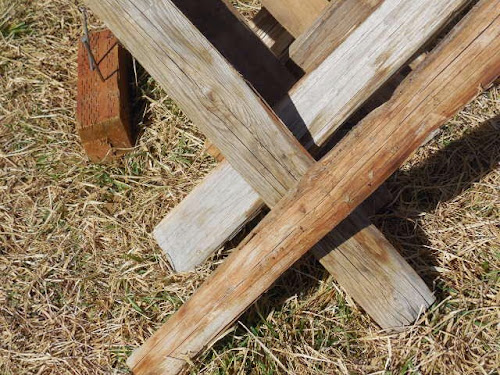 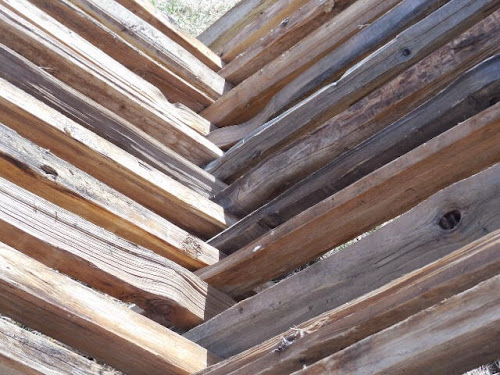 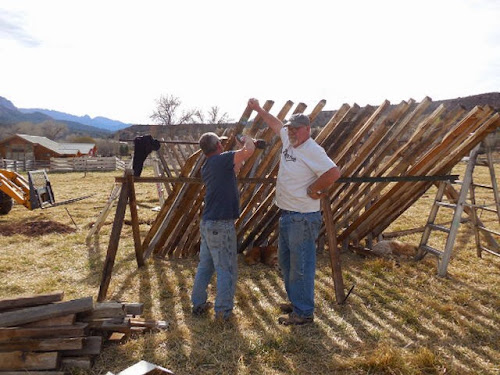 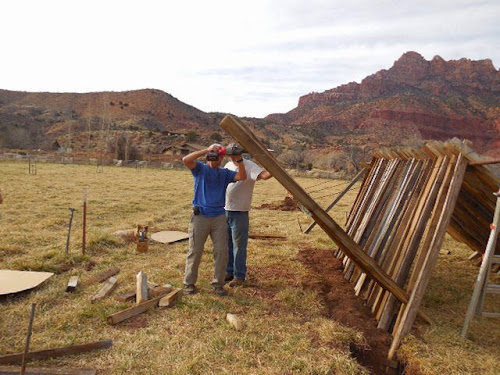 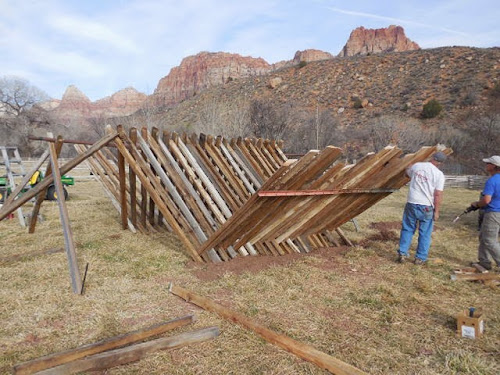 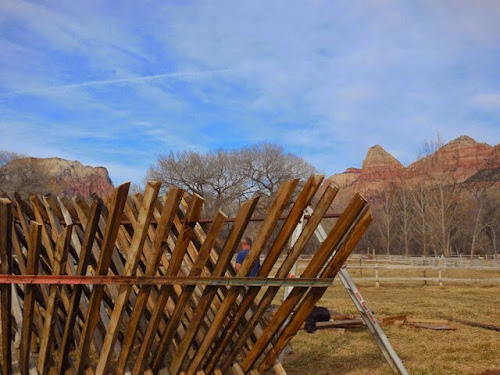 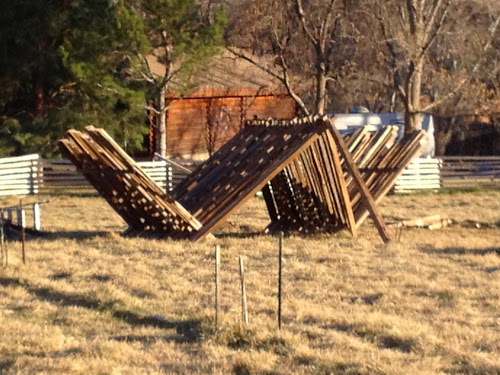 Steve has gone back and made it completey free standing as it was intended... I need to get over there and take more pictures.

Thank you MaryJane and Bill for letting me do this project and to my other assistants Steve, David and Eric.

Posted with Blogsy
Posted by Deborah Durban at 9:09 PM No comments:

Deborah Durban
Virgin, Utah, United States
British born mixed media artist living and working in Zion Canyon corridor. Exploring a new media, the iPad, this is a visual blog reflecting upon mind, body and spirit, through the ever changing skies and other drawings.